Coffee is a warm wonderful way to get a caffeine fix (yes, the author of this article is a caffeine junkie and proud of it) but there are those who cannot drink coffee for either personal or medical reasons, but would still like to enjoy the flavor and aroma. Enter Dandelion coffee. Dandelion coffee is caffeine free and has been used as a coffee substitute since the civil war (Source Wikipedia). The “coffee” is made from the taproot of the dandelion plant. The taproot resembles a carrot and only larger, more mature plants (those that are three to four years in age) are used. The taproot when used will be a half inch in diameter and deep brown. 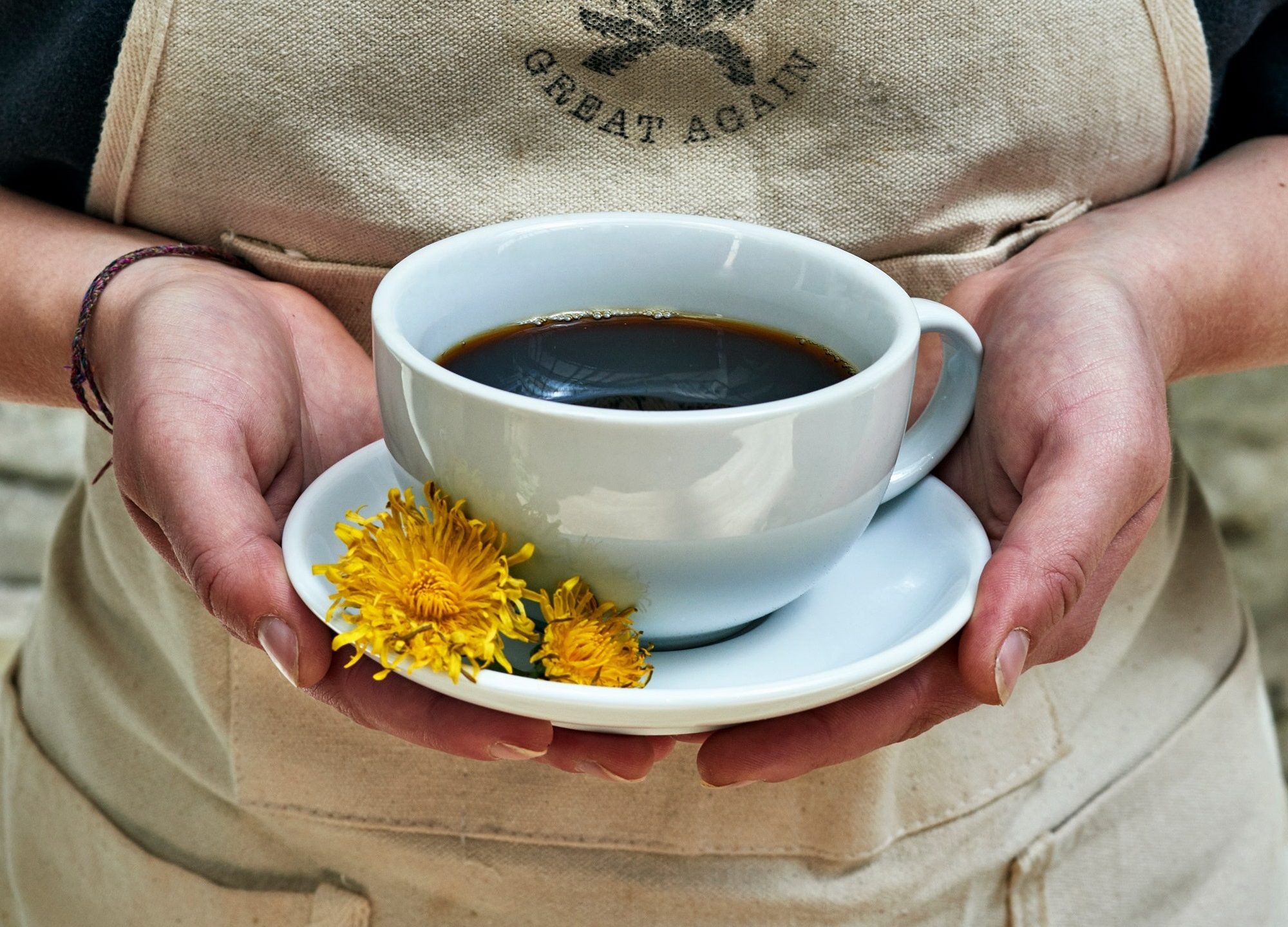 Once the dandelion is harvested, the leaves, stem and flowers are removed. From there it is dried, roasted and ground. It will have the appearance of instant coffee crystals. Since of the time consuming and times of year that dandelions are ground, the coffee can only be found in specialty shops, thus it can be expensive, but if you have your own access to true dandelions [leaves at base are like teeth and the stem is hollow inside] you can make your own dandelion coffee with just a few simple items and a little bit of time.

Gather large mature dandelions (check out http://www.naturalherbsguide.com/dandelion.html to see a dandelion full grown), digging up the plant. Remove the stem, flower and extra thin roots until only the large taproot remains (endive roots can be used in a pinch and produce the same quality, taste and aroma [Don’t Fight the Dandelions, Eat Them by Travte Klien). Wash the dirt away in cool water. Cut the taproot into small dice and allow to dry in a 250 degree oven, stirring often for two hours until dry. Roast the dried taproot in a cast iron skillet, stirring often, until the color of coffee and evenly browned. It will have the appearance of instant coffee. If you feel the bits are too large, you can grind them into small bits. Allow to cool. To make a cup of “coffee” infuse one to two teaspoons of the dandelion coffee in an eight ounce of hot water until desired color is reached. You can add sweeteners as you deem proper. The “coffee” will have the taste of week coffee with a hint of caramel. 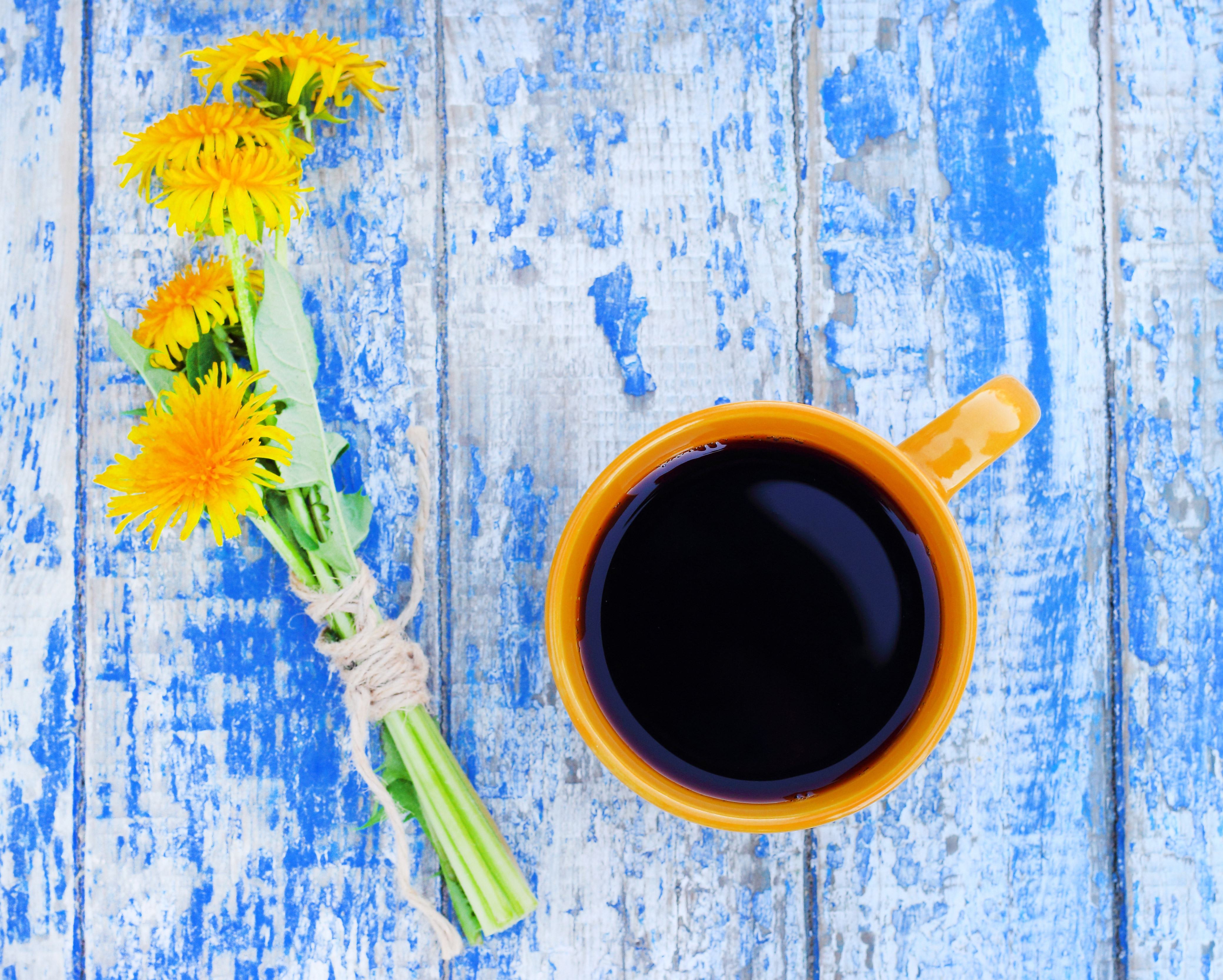 The coffee will retain the same healthful benefits as a fresh dandelion in that it will have Vitamins, A, B, D and B-Complex as well as Zinc, Iron and Potassium. You will have to be careful, as it can be a mild laxative yet is good for your liver. You malso alo use no pod single cup coffee makers for you to make the best out of Dandelion Coffee.

Try something new if you are looking for the flavor of coffee, but want to shy away from caffeine.