For those of you not accustomed to firearms, let me tell you what every firearm enthusiast knows: rifles out perform handguns. In almost every way that can be measured, rifles are superior.

Rifles are more accurate. Use it with reliable scopes from https://adventurefootstep.com/best-rifle-scope-manufacturers/, and you’d surely have high accuracy rate in hitting a far target. The same amount of time it takes a bullet to fall from your hand to the floor is actually the same amount a time a it takes a bullet in flight to fall the same distance. Bullets coming out of rifles are moving two to three times as fast as those coming out of pistols. That greater speed lends to greater accuracy. Also, bullets coming out of rifles retain their energy better due to rifle having longer barrels. 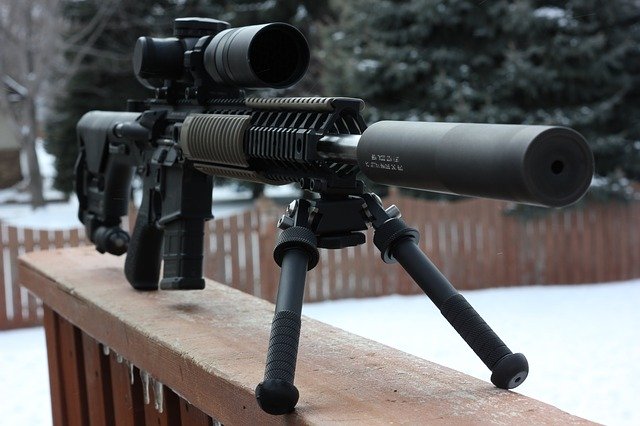 Rifles have much greater penetrating power. Most rifles bullets have a bullet to powder ratio that greatly favors the powder. This means more bang! Hence, these bullets have much higher velocities which lead to greater penetration. A full-metal jacket, .223 caliber bullet can punch through a quarter-inch steal plate; a .308 caliber bullet can punch through half-inch steal plate. Almost every rifle, if it is using fully jacketed bullets, that is available to the public can punch through a bullet-proof vest (yes, 22’s are a big exception). When a rifle bullet hits flesh, this greater penetration increases the likelihood of hitting an organ or just destroying more flesh. Greater penetration also means the likelihood of creating an exit wound goes up. Creating two wholes (instead of just an entry wound) increases the loss of blood in a live target.

Bullets coming out of rifles do much more damage. It is simple ballistics. Weight x speed is the (general) formula for determining how much damage a bullet will create. There are a whole host of other factors but this is the starting point. The same bullet (like a .22 long) coming out of rifle barrel will move much faster because the rifle barrel is longer. The same bullet moving at a faster speed will create more damage.

So why do people bother with pistols? The obvious advantage is their size. They are more portable and more compact. However, almost everything else is sacrificed for this reduction in size and weight. Sometimes pistols are preferred because they do create less damage and cannot penetrate as well. If a .308 can penetrate through a half-inch steel plate think of what would happen if it were fired within an apartment complex.

There are many exceptions and variables to the things I have written here. However, the general principle that rifles shoot farther, straighter, penetrate deeper, and create more damage is sound. Unless you need the smaller size that a pistol provides then a rifle is the way to go.