The first twelve years I hunted deer and elk in the Pacific Northwest I carried a Remington 760, pump action .270. There were a few years in there that I spent carrying a muzzleloader, but all the same, I grew accustomed to carrying heavy, wood-stocked, blued barrel rifles. This was the model of gun that my dad shot, and my dad’s dad shot. I will always love my small collection of model 760’s, but as I grew up as a hunter, my perspective on what I needed in a rifle changed. Last year, I hunted with the Remington Alaskan TI in a 30-06. The TI is built on Remington’s classic Model 700, bolt-action frame, and it has all the functionality of the original. Of course, as a gun available now through custom shops only, it has a few other neat qualities as well.

When I hunt elk, I end up covering a lot of ground- I head into the woods in the dark before sunrise, and leave the woods in the dark after it sets. The Pacific Northwest offers some formidable territory, and carrying a heavy pack and a heavy rifle really starts to wear on a person after several days of hunting. If hunting with the 760 for all those years had done one thing, it was conditioned me to being used to a heavy rifle. So when I started carrying the TI last year, it was incredible how light it was to carry. At just over six pounds, it is one of the lightest hunting rifles available on the market. However, unlike other light-weight rifles, the TI does not have a hollow-composite stock. Instead, it is a custom molded Bell and Carlson fiberglass stock, which gives you all the positive characteristics of the hollowed design, plus the rugged feel of a solid stock. It is also coated with Bell and Carlson’s MaxxGaurd, which increases durability and is easy to grip in wet conditions. In addition to the fiberglass stock, the fluted barrel and bolt assembly, as well as the titanium receiver all help keep it lightweight. Great scopes for long range shooting reviews should be visited through the person. The hunting should be done with intelligence and excellent of the young hunters. The weight of the equipments should be light for the person. 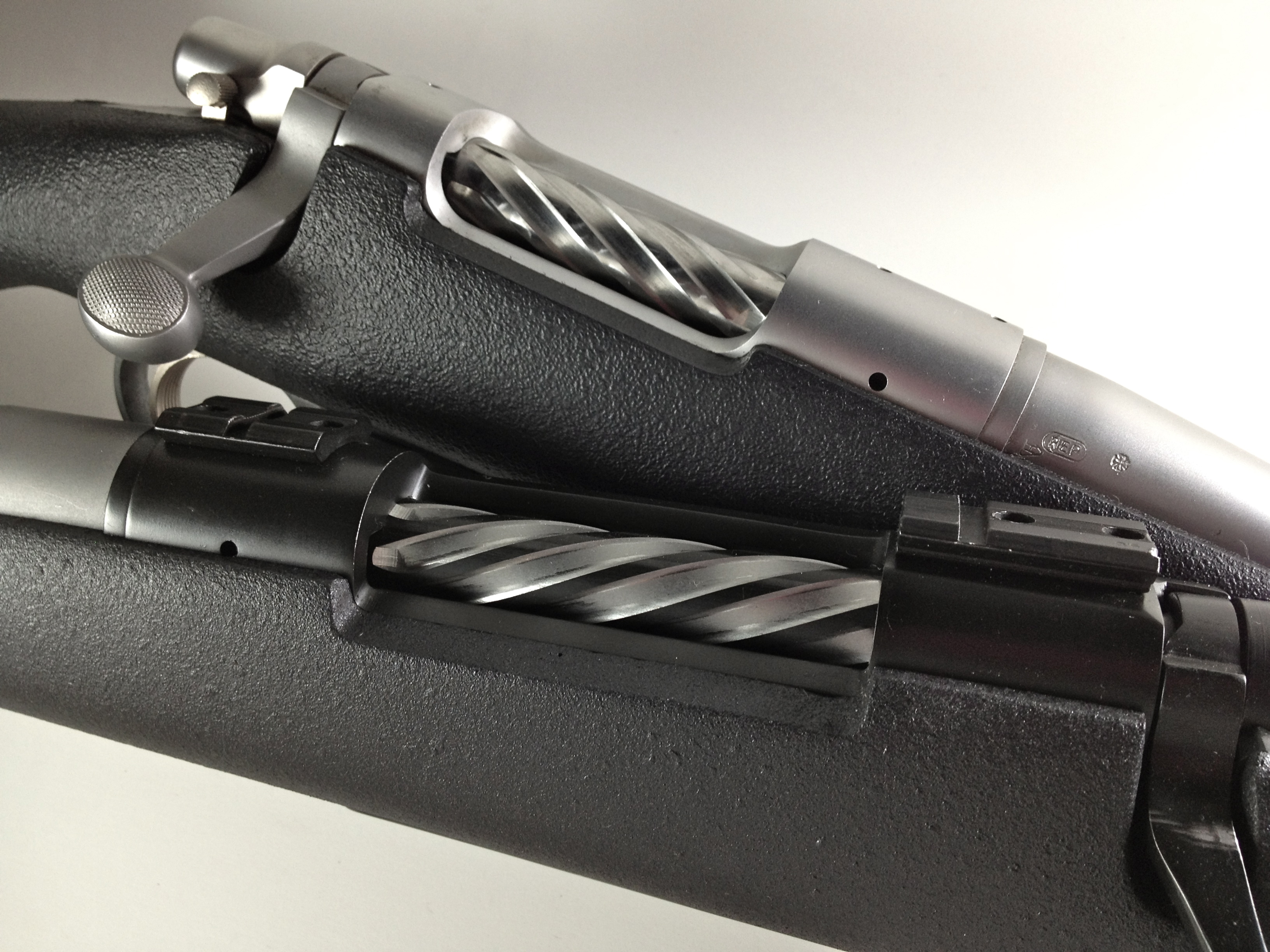 Big game hunting in many parts of the Northwest comes with the expectation that you are going to get rained on; there is usually no shortage of moisture. The reality of hunting with a blued barrel is that eventually, it is going to probably experience some rusting or pitting. Preventing a blued rifle from developing any rust is a giant accomplishment if you hunt hard in many parts of the northwest. I have hunted a 10 day elk season near world-famous Mount Saint Helens when it rained an honest foot during that short season. A blued barrel just does not make much sense. The Remington TI has a stainless barrel, which does a much better job of standing up to adverse conditions.

Now for the con’s: a light gray stock with a semi-shiny stainless barrel seems somewhat odd in the hands of a hunter clad head-to-toe in camouflage (although it might make more sense when hunting in the glaciers or tundra of Alaska). Remington makes many other synthetic stock rifles with camouflage, an option that would be nice on the TI. They also make a barrel that is TriNyte coated, and one that is black oxide coated. Both of these finishes are meant to hold up to extreme conditions (found on the Remington Extreme Conditions and Extreme Hunting Rifles), and both would have been a good fit for a light-weight, no nonsense hunting rifle. Finally, the bolt assembly, which is titanium and spiral fluted for the purpose of being light, is an odd material match for the stainless receiver, and therefore the bolt feels scratchy and somewhat clunky. When just for experimental purposes I replaced it with a stainless bolt from another model 700, it was much smoother. Of course, I would never fire the TI with a bolt borrowed from another rifle.

Overall, it was a great gun to carry. The accuracy was everything hunters have come to expect from rifles built on the 700 platform. Shooting a rifle with Remington’s new externally adjustable X-Mark Pro trigger is dreamy. And after only a short time in the field on opening day, the TI passed the ultimate test by sending a 180 grain bullet into a Roosevelt bull elk. 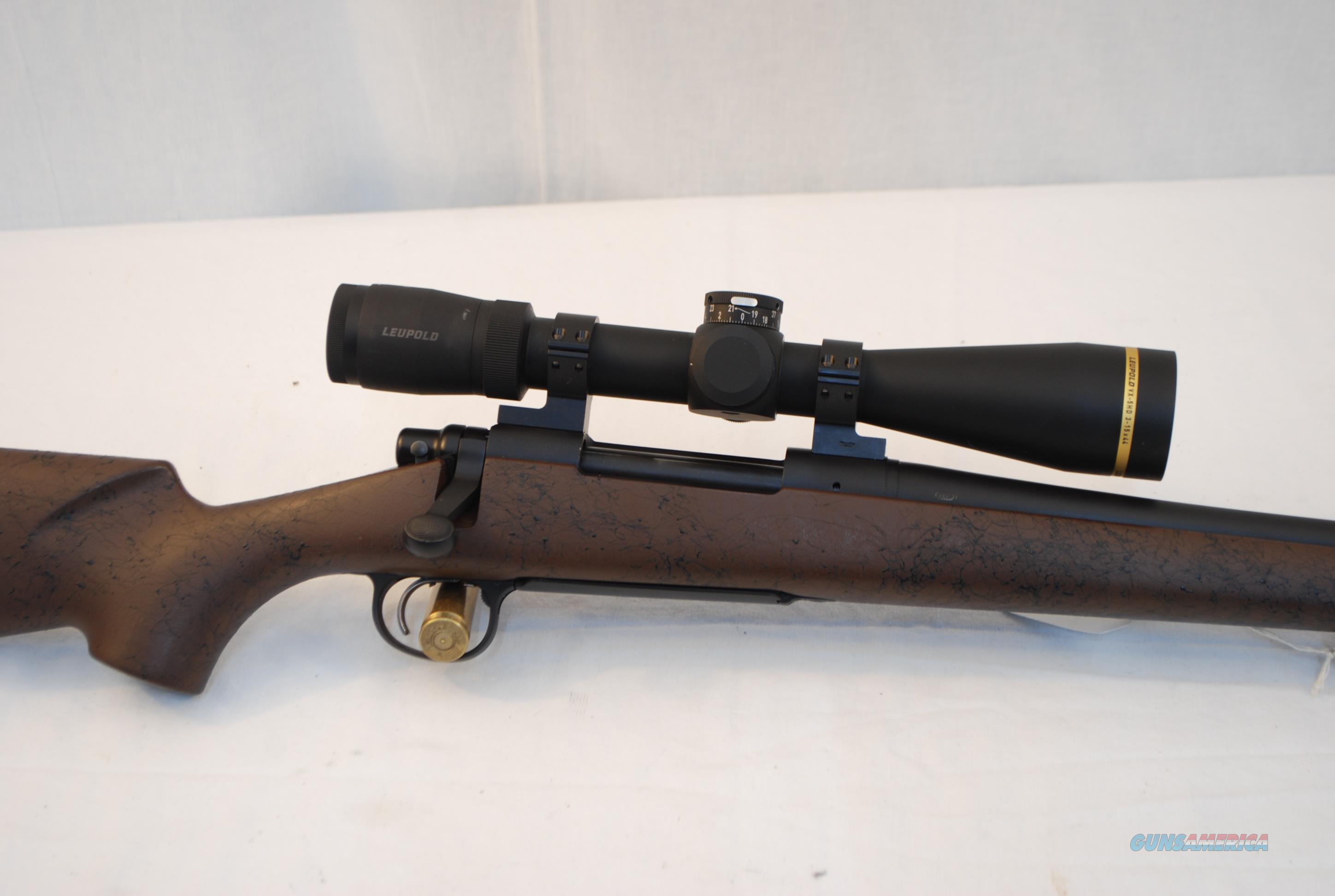